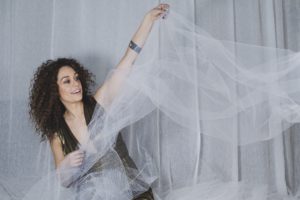 Join us on August 15th at 7pm in Berczy Park and enjoy the wonderful Aline Morales who will transport us to Brazil with her beautiful songs.

Aline Morales’ days of being Toronto’s best kept secret are over. Since her arrival to Canada in 2003, Brazilian-born Morales has become well known locally as a dynamic singer, percussionist and bandleader. However, it was her debut solo album that brought national attention to this unique artist.

Morales is part as well of the amazing world orchestra, Kune, and has been working on her second album, to be realeased soon!

This event is sponsored by Transat Travel at Church and King: