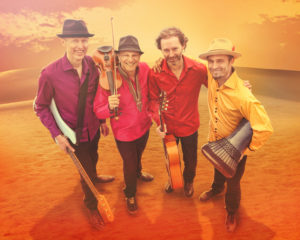 Join Cycle Toronto Ward 28 and St. Lawrence Market Neighbourhood BIA at Music in St. James Park on June 7th for a Bike-Powered concert by Tune Your Ride from 7 – 9 pm.  Sultans of String kick off our music series with this special concert.

To kick-off Bike Month there will be lots of bike related activations beginning shortly after 5PM: bikeSauce will tune-up bikes, Charlie’s FreeWheels will let you power their bike that will blend you a smoothy and Cycle Toronto Ward 28 Advocates will hand out the newest Toronto bike maps & a lot more info.

About Sultans of String

3-time JUNO Award nominees and Billboard charting band Sultans of String creates “Energetic and exciting music from a band with talent to burn!” according to Maverick Magazine. Thrilling their audiences with their genre-hopping passport of Celtic reels, flamenco, gypsy-jazz, Arabic, Cuban and South Asian rhythms, the group celebrates musical fusion and human creativity with warmth and virtuosity. Fiery violin dances with rumba-flamenco guitar, while bass and percussion lay down unstoppable grooves. Acoustic strings meet with electronic wizardry to create layers and depth of sound, while world rhythms excite audiences to their feet with the irresistible need to dance.

Since forming 10 years ago, Sultans of String have hit #1 across Canada on Top 10 national radio charts, and received multiple awards and accolades, including 2 JUNO nominations, 1st place in the ISC (out of 15,000 entries), 2 Canadian Folk Music Awards, plus invitations to perform and record with such luminaries as The Chieftains, David Bromberg, and Alex Cuba.

Their new release, Subcontinental Drift, serves up a blend of ragas, reels and rumbas with sitar master Anwar Khurshid (featured in the Oscar winning Life of Pi, The Love Guru). 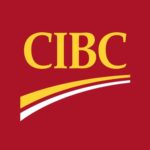